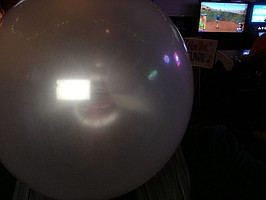 Nobody without an agenda disputes that the Big 12 is the top college baseball conference this season. At the moment, Kansas has an 11-10 record in conference play, good for a three-way tie for fourth place.

So an at-large bid in the NCAA tournament is a given, right?

Not so fast. This is the age of computer rankings, which in English means the age of selection committees covering their backsides by justifying omissions with cold numbers. Kansas ranks No. 59 in the dreaded RPI, moving down a spot after taking 2 of 3 from Kansas State last weekend at Hoglund Ballpark.

Most of KU’s regulars are freshmen and sophomores. It took the freshmen awhile to adjust to the college game during the nonconference season.

The NCAA tournament selection committee has 34 at-large bids to name after 31 automatic spots are earned via mostly conference tournaments. If the committee wants to choose the 34 best at-large teams at the time the tournament starts, it would pick KU, but that would require the guts to go against the RPI, aka CYA.

KU’s RPI figures to climb this weekend because it plays at Texas Tech, No. 4 in the RPI. If the Jayhawks win a game or two in Lubbock, the spike could be a big one. The Big 12 tournament also offers a chance to improve the RPI because all the teams participating will have high rankings. The Big 12 has six schools ranked in the top 23 in the current RPI.

D.J. Haurin, assistant communications director for KU athletics, referred to as “my analytics guy” by baseball coach Ritch Price, used the case of Mercer to illustrate how computer rankings can frustrate bubble teams.

Mercer has a 48 RPI and has not played a single game against a team with a top 50 RPI, according to Haurin, who added that KU has played 21 such opponents.