NCAA TOURNAMENT 2022: 10 teams, not named Kansas, that can win this year's national title 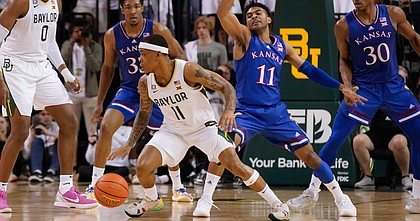 A year ago, Baylor and Gonzaga entered the NCAA Tournament as the heavy favorites to win it all. Lo and behold, those two teams wound up facing each other for the national championship, which Baylor won in convincing fashion.

This year, the field is wide open and you can make a strong case for as many as 20 or 25 teams to make a run to the title.

Here, in alphabetical order, is a look at 10 of them not named Kansas.

• Baylor – It’s impossible to say Scott Drew’s current team is more talented than the team that won it all because you have to factor in heart alongside the talent of last year’s leaders. But this group is good. Real good. And they showed that down the stretch with big wins over Kansas and Texas to claim a piece of the Big 12 regular season title. The depth is a concern and injuries have taken their toll. But this team’s top six or seven is arguably as good as any out there. It also features enough players who were there last season — most notably Matthew Mayer and Adam Flagler — to understand what it takes to win six straight in March. 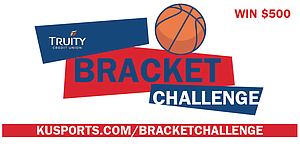 • Duke – North Carolina already crashed the Mike Krzyzewski farewell party by winning the legendary Blue Devil leader’s final home game at Cameron Indoor Stadium. But that fact might make a Duke run in the Big Dance even more realistic. This isn’t one of those conspiracy theory picks that predicts that the NCAA will somehow rig it to make sure Coach K goes out on top. But if it were, would you argue with it?

• Gonzaga – The Zags have been so close a handful of times now, and it seems like it’s only a matter of time before they break through and win it all. They finished the regular season ranked No. 1 in the polls and in the top 6 in both offensive and defensive efficiency per KenPom.com. Their roster from last year’s runner-up team is still pretty talented and they’ve got freshman phenom Chet Holmgren, who is an absolute matchup nightmare. Beyond that, they’ve flown a little more under the radar this season than they did a year ago.

• Kentucky – Kansas fans saw everything they needed to know about the Wildcats up-close-and-personal at Allen Fieldhouse in late January. When healthy, John Calipari’s team might the most talented in the country and one of the toughest to matchup with. The backcourt is loaded with talent, experience and 3-point shooting and the UK front court features a good blend of athletic bigs and an absolute beast in player of the year candidate Oscar Tshiebwe.

• Tennessee – Rick Barnes’ club beat two No. 1-ranked teams this season, in Kentucky and Auburn, and has a schedule that features seven losses but with none of them coming to anyone ranked outside of the KenPom top 22. Add to that a regular season strength of schedule that ranked No. 7 and a tough December win over Arizona and you’re looking at a team that might be flying under the radar a bit but absolutely shouldn’t be. Barnes told his team as much after their late-season win over Auburn and when you’ve got a team that is battle-tested, leads with defense (No. 3 per KenPom in defensive efficiency) and believes it can and should win, you’ve really got something. The Vols are my sleeper team to win it all and they’ll be a tough out for anybody they face. 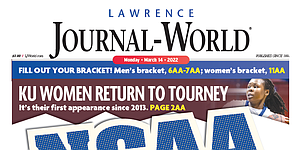 • Texas Tech – The Red Raiders have had their issues offensively, and their eight regular season losses included defeats to Kansas State, Oklahoma State and TCU. But their non-conference schedule was solid. They swept Baylor and split with Kansas. And, perhaps most importantly, they have the nation’s best defense. If the clichés are true about defense traveling and defense winning, don’t be surprised to see Mark Adams’ squad make a deep run during the next few weeks. There’s enough offensive versatility and depth on this team to support a serious run by an elite defense.

• UCLA – Don’t forget what these guys did last season. They won’t. No one saw UCLA making a run from the First Four to the Final Four in 2021, but they did it on the backs of a bunch of players who returned for another try this season. Johnny Juzang is capable of carrying this team to the final night of the season and although the Pac-12 schedule doesn’t make them the most battle-tested team in the country, they still finished in the top 15 in both offensive and defensive efficiency.

• Alabama – This would have to be one of those offense-gets-red-hot-and-outscores-everyone scenarios, but don’t put that past Nate Oats’ team, which ended the regular season ranked 12th in KenPom’s offensive efficiency rankings. Here are Bama’s four best wins: Gonzaga, Houston, Tennessee and Baylor. They won’t have four teams that tough on their path through the bracket.

• Memphis – Penny Hardaway’s team has a ton of talent — so much that they were ranked No. 12 to open the season — and they’ve been hot lately. They’re a good 3-point shooting team, have elite 2-point and 3-point defensive numbers and might not know that they’re not supposed to make a run. Loose and talented is a great way to go through March Madness.

• Michigan State – The Spartans played the nation’s 11th toughest schedule and got better throughout the season. Beyond that, Tom Izzo knows how to coach in March and won't be overwhelmed by a potential second-round matchup with Duke's Mike Krzyzewski in Round 2 during Coach K's farewell tour.

Enter our 2022 NCAA Tournament Bracket Challenge HERE for a chance to win $500.

Kansas' Bill Self on being a No. 1 seed and his players' readiness for the NCAA Tournament by KUsports.com

Kansas' Jalen Wilson speaks on being a No. 1 seed in the NCAA Tournament by KUsports.com

Not impressed with your darkhorse candidates.
A few really good teams could fill those spots on your list.

Spit out my coffee a little bit here.... lol "not impressed". Lighten up, it's March Madness! Enjoy some warmer weather and kick those feet up baby!

Zags' strength of schedule never improves year after year, and yet they're ranked up there. Sure their offense, defense are very effective with Timmy, now plus Chet but with those 3 losses this season, I'm not convinced they're unbeatable in the tourney.

Arizona is playing really well, if their guards are healthy they will play in the NC game. We will have our hands full if we play them in the FF4.

The Zags play a strong non-conf schedule and they have 2 lottery picks starting. Their conference has gotten better but it still pulls down their SOS.

AZ and the Zags are the most talented teams, and they are clearly 1 & 2.

We are solid as #3, we have showed that down the stretch. Anything can hapen.

Duke does not scare me this year, they have talent, but in big important games lately, NC, VT, they just can't win.

The dark horses will not turn the lights on.

That being said, Gonzaga played 3 ranked teams and went 1-2. I don't think they are the same team as last year, and a solid team will beat them. I personally thought that Arizona should have been the clear-cut over-all number 1 seed. I actually think KU (biased I know) should have been considered over Gonzaga. KU has 12 Quad 1 wins and is the only team in the top 15 with a SOS below 20 with a 2.

Ever since Drew abandoned the zone, his teams have been really good, but injuries I think will prevent them from making a solid deep run.

Izzo, Coach K, Wright, and Calipari always are looking good at this time of year and I wouldn't want to face any of them, but I don't think any of their teams will make the 4 game win total for a final four run.

I didn't want Kentucky in our bracket because I just don't think we match up well at all against them, Auburn and Wisconsin will be tough, but I think we beat either of those teams, but we have to make it there first.

Arizona is the only school that has been known to choke more than KU in these tournaments, let's hope they do, and we make a 6 game roll right here. I think we should be suited for our bracket.

For Bama to get out of their region, they might need to beat TTU, Duke, and Gonzaga, then 2 more as good as or better than the 4 listed.

Baylor also showed they were really beatable against ou.

Do the efficiency rankings factor in the strength of the team being played? Gonzaga has done a lot to schedule better noncon games, but they only have a couple more in the last 2-3 months.

Matt - Just saw a quote from Beard about having already played half of the tourney teams. Is there someplace that has the record of each team vs the other tourney teams?