KU claims it has $1.5 million in new Adidas money, but when asked to point to it on financial statements, it won't 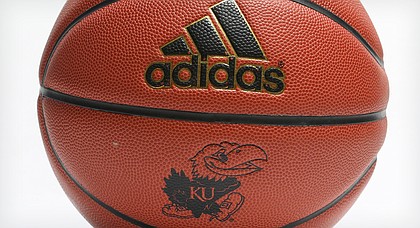 Kansas Athletics is refusing to release information about its 2018 financial statements as questions persist about KU’s dealings with apparel provider Adidas, which is embroiled in a pay-for-play college basketball scheme.

Since early December, the nonprofit corporation Kansas Athletics has released two sets of financial reports detailing the 2018 fiscal year. Both reports — its official audited financial statements and a less-detailed report required by the NCAA — indicate that Kansas Athletics is counting money that it will receive from Adidas as part of an unsigned apparel sponsorship agreement that would net KU tens of millions of dollars over the next decade.

Since early December, the athletic department has refused to answer questions from the Journal-World about what the financial statements say regarding the Adidas money. When the Journal-World filed a request under the Kansas Open Records Act to obtain documents related to Adidas, KU officials denied the request after citing an attorney general’s opinion from Kentucky. An attorney for the athletic department said the Kentucky law was similar enough to Kansas law to give her confidence that the documents shouldn’t be released.

At issue is whether the 2018 financial reports are counting money from Adidas that KU actually never will receive if it decides to not sign the contract extension with Adidas, given the involvement of former Adidas employees in the pay-for-play basketball scheme.

Alternatively, the inclusion of pending Adidas money in the 2018 financial statements raises the question of whether KU officials in actuality have decided to sign the Adidas extension but are refusing to acknowledge that publicly.

KU was close to signing an Adidas extension worth about $191 million over 14 years in September of 2017. Days after the company announced a deal with KU, however, a federal indictment was unsealed alleging Adidas executive James Gatto was involved in a fraud case that centered on paying college basketball recruits to attend certain schools. Shortly after, KU announced that it had not signed the agreement but was still conducting due diligence.

Gatto and two other Adidas representatives subsequently were convicted in the federal fraud case. All three Adidas representatives had direct dealings with the KU men’s basketball coaching staff regarding recruits. Kansas officials have not been directly implicated in the fraud case, but KU leaders said they are evaluating their options on whether to sign the Adidas extension.

However, in the interim, it was revealed briefly at a September 2018 board meeting of Kansas Athletics Inc. that the athletic department has received at least $1.5 million in extra Adidas royalties based on the pending, unsigned agreement.

The latest financial reports raise questions about whether $1.5 million is the full extent of the extra Adidas royalties and about the status of any money received by Adidas.

Through the open records act, the Journal-World has received documents showing that there was not a $1.5 million influx of new payments from Adidas to Kansas Athletics in 2018. Further, Chancellor Douglas Girod told the Journal-World in November that it was his “understanding” that Kansas Athletics was showing the new Adidas money as an account receivable on its financial statements. An account receivable generally is money that an organization has great certainty it will collect in a short period of time, such as 30 to 90 days. A typical example is a company that bills for its services will list as accounts receivables any unpaid bills that the company hasn’t yet received at the end of the accounting period.

After hearing from Girod in November, the Journal-World began attempting to confirm whether new Adidas money indeed was showing up on financial statements as an account receivable. The Journal-World sent written questions to a KU Athletics spokesman on Dec. 4, again on Dec. 14, and inquired multiple times this week. The first response the Journal-World received to the questions was on late Friday afternoon, when a Kansas Athletics spokesman simply provided a link to a joint statement by Girod and KU Athletic Director Jeff Long from Oct. 24. That statement makes no mention of accounts receivable, or the 2018 financial statements, which hadn’t even been completed in October.

If KU is booking the new Adidas royalties as accounts receivable, that could be a positive development for KU if it decides not to extend its agreement with Adidas because it would mean that KU would not be liable to return any actual money to Adidas. However, Kansas Athletics would be obligated to adjust its financial statements to take the Adidas money off its books.

That would result in Kansas Athletics posting a larger-than-reported financial loss on its books. KU’s audited financial statements showed an operating loss of about $440,000 when looking at total assets. The operating loss grew to $1.6 million when subtracting donor contributions that are restricted for specific projects. Removing the Adidas money from the books would result in the loss growing by at least $1.5 million.

But there are questions about whether $1.5 million is the true extent of the Adidas money that is showing up on the 2018 books of Kansas Athletics. The accounts receivable line item on Kansas Athletics’ audited financial statement came in $3.4 million higher than in 2017. The Journal-World has unsuccessfully sought details about how much Adidas money is included in that amount.

In addition, the recently filed NCAA financial report lists $10.2 million in royalties and licensing fees received by Kansas Athletics in fiscal year 2018. That is the category where Adidas money would be located. That $10.2 million total is about $4.5 million more than the 2017 total. The Journal-World has unsuccessfully sought details about what led to that increase.

Despite that citation, Megan Walawender, corporate counsel for Kansas Athletics, said it did not meet the standards of Kansas law requiring release of the documents. She said via email that she was unable to find any guidance from the Kansas Attorney General’s office on the matter, but she did cite an attorney general’s opinion from Kentucky and one case from Kentucky that she thought would be applicable given that Kentucky’s open records act is similar to Kansas’.

On Friday, the Journal-World filed a new open records request with Kansas Athletics seeking a different set of detailed accounting records in the hopes of getting information about the Adidas funds.

KU has not announced a timetable for deciding whether to sign the Adidas extension. KU’s current contract with Adidas expires in July.

Why is this so important to have it released to the Journal World?

This could easily be covered by donors but we need a brand to attract teenagers. What's a 1.5mill in clothing/shoes?

Don't write while drunk the resulting drivel might be disjointed and pointless. See above.

Who cares! Good grief this article goes on and on and on and says the same thing over and over again and quite frankly I'm not sure many people even care.

Accounts Receivables are used in budgeting for future expenditures with expectation the receivables will be collected as expected. If the expenditures do not or are determined later they will not arrive, then the expenditure side of the budget has to be adjusted or a substitute income has to be found. This is simple normal accounting practice. To not include the expected income as a receivable would be derelict in regard to budget planning. I imagine KU figures if they don't sign with Adidas, then a different apparel company would be happy to step in and provide that cash in return for having KU as a sponsor. Or they would look for additional income sources (e.g. donors). There is absolutely nothing shady nor under the table about this. Standard financial accounting practice.

Hey now, don't bring logic into this...there is a great conspiracy here and dilweed Chad is going to get to the bottom of it!

You wrote this article in October, Chad. In fact looking at your list of articles, it's just you trying to bring KU down.

If he writes it enough times we'll all understand. Just wait, by July we'll all by on Chad's conspiracy bandwagon.

Deep breath there Brad . . . um er' . . . I mean Chad. Univ of Kansas will be fine without your hyperventilation.

This article is a Tom Keegan special. His minions will love this kind of “journalism”. Rinse. Repeat.

I'm very confused with an article that KU Athletics have been working with Adidas for years, have a plan to extend this agreement, and have not said whether or not the plan has been extended or not. LJW doesn't seem like this is super newsworthy. The article is making it sound like KU athletics is doing something wrong by working with a long-term business partner to continue to provide resources for KU athletes.

There are things that should not be disclosed publicly....

How much of this is going to player's families?