Matt Tait: At least three key questions remain on whether endorsements will be good for college sports 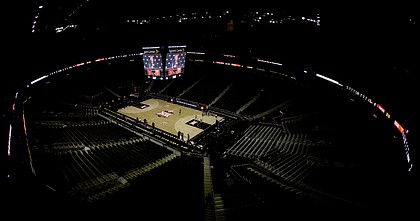 The NCAA’s recent show of support for compensation through endorsement deals for college athletes was a win for the athletes.

But there are still so many questions to ask, loopholes to close and concerns to consider before this development can be called a success for college athletics.

“A monumental shift” was the way Kansas Athletic Director Jeff Long described the move that brings the NCAA one step closer to allowing student-athletes to profit on their names, images and likenesses. All signs point to the system being in place by the start of the 2021-22 academic year.

Kansas basketball coach Bill Self went one step further, explaining that Wednesday’s announcement and the formalities sure to follow mark the beginning of the end for college athletics as we know it.

“The college model, which is broken — we’ve outgrown it — will be nothing close to what we’ve known for decades,” Self told the Journal-World in a phone interview Wednesday night.

But it’s not just the NCAA’s support for the NIL situation that has Self believing an overhaul is on the horizon. The college game could be hit with not only the new endorsement rules, but also a new system that makes it much easier for players to quickly transfer from one school to another. That transfer change is scheduled to be voted on in May. The impact of those two major changes would be significant for athletic departments large and small.

In addition to educating coaches and student-athletes on how it works, along with what’s allowed and what’s not, the groups put in charge of monitoring this new era will have to install a system that tracks all of it.

How much are athletes making? How are they paid? Are they reporting the compensation to athletics? What’s the process for doing that? What happens if they don’t? Will there be suspensions, fines or penalties for the athletes, athletic programs or businesses?

And that’s just the operating side of things.

The system as a whole has even bigger questions that still need answers before the new way of doing things can even hope to become a smooth endeavor. To their credit, the NCAA and administrators across the country admitted as much this week. And they appear to be working toward finding answers.

The three biggest questions that remain are:

• Will the amount an athlete can earn be capped or is this, as Self wondered last fall, the beginning of the wild west in college athletics?

The early rumblings here suggest there will be no cap. Without one, it’s not hard to envision an Alabama quarterback, Kansas point guard or other high-profile athlete at an elite program, making tens of thousands of dollars — if not more — during their college careers from television commercials, social media posts and other endorsement deals.

• What will the NCAA and universities do about the dual role of boosters hiring student-athletes to endorse their products or businesses?

Under the current rules, boosters are not allowed to pay more than the going rate to employ college athletes at their businesses. Will this change? If so, how will that impact the definition of what a booster is or the rules they must follow?

• And, finally, how will the NCAA ensure the NIL endorsement opportunities don't become an inducement in recruiting?

There’s no doubt the NCAA wants to keep the endorsement issues and recruiting separate. NCAA officials on Wednesday said the system must prevent NIL compensation from being used in recruiting pitches. Big East Commissioner Val Ackerman acknowledged the challenge there, saying, “This is probably one of the most pressing problems we have, and will require intense focus in the coming months.”

And it’s an absolute must that they get it right. Especially considering the NCAA is still in the middle of the fallout from the federal investigation into recruiting corruption connected to its apparel partners.

The uncertainty surrounding those questions, and more, played a big role in Self’s immediate reaction to Wednesday’s news. The gist of his stance was this: Although encouraging, it is still too soon to tell if this will be good for college athletics.

Long agrees. While acknowledging that there were still “many details to work out,” Long said Wednesday that KU remained supportive of its student-athletes having the ability to earn compensation from their name, image and likeness.

“We will work with the Big 12 and NCAA Division I members to prepare for this monumental shift in the collegiate model,” the KU AD said in a statement. “Preparations will focus on providing our student-athletes with as much information and guidance as we can to assist them and ensure their personal well-being.”

Thanks for the well-thought-out article, Matt.

One thing I would add to the list of questions is whether the NCAA will continue to pursue what they consider violations from the last few years (including, obviously, the ones leveled at KU) or will they let those go as they focus on new issues.

Assuming there are no salary caps, a guy like Tiger Woods might have stayed and graduated from Stanford. Such a deal would have been pure golf for him and Stanford! Obviously one of the recruiting 'benefits' will be 'tax services.' Kansas or another school doesn't need the IRS all over them instead of the NCAA.

Good article. However I am still on the side of, it's a crock. Athletes that gain notoreity through their sport and then use and sell their image to advertise sports apparell are no longer amatuer. So amauter athletics is done! <br><br>
There will be no way that recruiting won't be influenced by endorsements. You might as well forget that one. I highly doubt that Nike will pay fees to McCormack while he is wearing Addidas playing for the Jayhawks. So how can you say playing for KU and getting an endorsement would be all after the fact and that it had nothing to do with recruitment. It might work for kids that are already in college but for new recruits.....give me a break!

"….even some of the language are new to you and you don’t know how you’re going to keep any of it straight."
Ok Matt, what is the point of this? Are you implying that a kid would suddenly transfer?

Hey Steve - That part got edited out and probably should've been. I was merely trying to point out the challenge facing college administrators with these new rules in place. They've done things a certain way for a long time and now things are about to be new and different. Could've said it in simpler terms and I wasn't referencing the student-athletes there.

In case you couldn't tell, I didn't like that first day of college with my 8 a.m. biology class to kick things off very much!

Thanks for reading. Hope you and yours are happy and healthy.

Someone will need to make sure the kids know those funds are taxable income. They'll have to file taxes and be sure they pay up. I know, tough problem to have!

I imagine that tax guidance will be something that schools will now do for their athletes in addition to tutoring, etc.

And, the athlete's who receives financial endorsement funds probably will be filing their own taxes and no longer be counted as a Dependent on their respective parents yearly tax filing either. So, parents be prepared to lose that child tax exemption in the taxable calendar year.

One thing is that "tens of thousands" isn't even close to the sort of money a true national star will have the opportunity to earn. A Trevor Lawrence or Zion Williamson type star will have the ability to earn half a million or even a million, in a year, let alone their whole career, assuming it's not capped. I think there will be a pretty steep drop off where the second biggest star on the team may be in the tens of thousands per season range (or a couple hundred thousand depending on their own popularity).

Regardless, I can't complain about an adult being allowed to be paid fair market value for their ability/talent. Every other industry allows it so it's about time college athletics allow it. I couldn't care less whether it means it's no longer "amateur". That's just a fake label as it's not been amateur sports for decades anyway. It's just college sports, was before and still will be, just now it can be out in the open.

I wonder if it will impact the style of play? Will we see more attempts at getting a highlight on ESPN, perhaps more selfish play to help the brand? I'm confident that Coach's would say that player's egos are not something new.

All this is being done to stop the handful of players that are going overseas every year, but I don't see where it will stop them. The NBA needs to just get rid of the rule that these kids can't play until they're 19 and start paying the ones that they think will be solid NBA players more money to play in the G-league.

They don't really have any incentive to do that. Every new player that gets a roster spot knocks a veteran player off the end of the bench. Those veteran players are who have the most goodwill with the NBA and have say in the collective bargaining agreement. So allowing high school kids to come straight in just takes the final year or two off a vet's career.

Furthermore, there is a lot of "hit or miss" with drafting high school kids. Look at how many absolute bombs there were back when high school kids could go straight to the NBA. Forcing them to play a year in college, or overseas, or the G-league is one more means of proving themselves before the NBA gives them millions.

Case in point, Grimes would have been drafted straight out of high school, would have made millions, and would be out of the league next year and labeled a complete bust and waste of a draft pick. Same for Selby

The NCAA is a corrupt mess that should be burned to the ground. Officials there have no clue how to handle this situation. There is literally no chance they can effectively police coaches like Cal or K as they pull the levers of NIL deals behind the scenes. Hell, they don't police either of those guys now and both are cheating their butts off in plain sight.

This is going to be a sh*t show and very well may ruin the college game. Ive been all for schools paying players. But if there's no cap, and you start letting players take money from people outside of the school, all hell is going to break loose. Team concept is out of the window. Recruiting is going to be even more corrupt than it's been. Transfers will skyrocket. A coach won't be able to bench a kid without him jumping ship. His sponsers want him in the game.